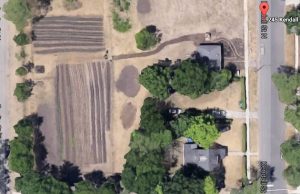 Sprout Urban Farms has now taken ownership of the property at 245 Kendall Street in Battle Creek, a property that was ones on the rolls of the Calhoun County Land Bank Authority. The sale represents another non-typical use for a property that was not garnering any property tax revenue.

Now, it’s once again being put to good use.

The Kendall Street property is the third in recent months to be taken from the Land Bank and put to use in a non-traditional manner. The first was a house at 249 Parrish Street, which became a training center for firefighters. Another is the former Battle Creek Fire Station Number Four, which is being transformed into a food bank hub and restaurant by Firekeepers Casino Hotel.