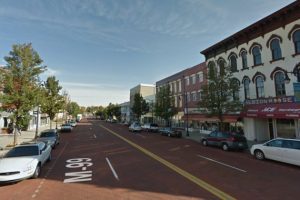 The majority of the property set to be demolished is within blocks of downtown Albion. (Credit Google Maps)

The Calhoun County Land Bank Authority has received a large sum of money to help demolish blighted properties in the city of Albion.

The blighted properties are all within a few block of downtown Albion, with their demolition intended to improve neighborhoods and promote public safety.