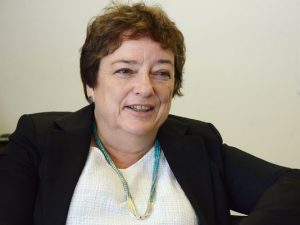 ALBION — Peggy Sindt, president and CEO of the Albion Economic Development Corp., will retire from her position later this year after more than two decades with the organization.

Sindt, 64, informed the AEDC’s board of directors of her decision to retire earlier this year. She will remain in the position until the end of September and will assist the organization in its CEO transition.

During her tenure with the organization, Sindt was a part of the recruitment of Georgia-Pacific’s corrugated board plant, the Ossur Prosthetics manufacturing facility, an expansion of the area’s industrial park and the area’s recent downtown hotel project, among others, according to Thursday news release from the organization. 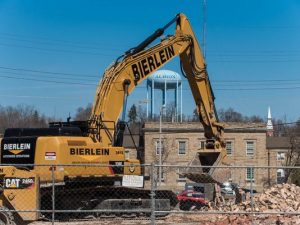 “There have been many successes over the years, including expansion of many local businesses and recruitment of new ones,” she said. “Downtown is undergoing a dramatic revitalization and neighborhoods are getting much attention. City of Albion staff is dedicated to delivering first-class services and it has been a pleasure to collaborate with many of them as EDC seeks to support the creation of more jobs and capital investment in the community.”

The organization’s board chairman, Herman McCall, said Sindt has provided “a model for effective leadership, innovative thinking, and collaborative resource development.” Its past board chair, Joyce Spicer, also credited Sindt for developing an alliance with the Michigan Economic Development Corp. to aid in the area’s business recruitment and retention efforts.

Sindt is a 1973 graduate of Albion College, where she studied English and political science. She later completed her MBA in 1984 from the University of Michigan’s Stephen M. Ross School of Business.

She’s also the second person in her household to call it a career in the past year.

Her husband, Calhoun County Circuit Court Judge Conrad Sindt, retired from the bench in September ahead of the completion of his six-year term, which was scheduled to end Dec. 31, 2018.